We’ve seen many female stars rise since Beyoncé declared girls run the world. Over 1.1 million songs are uploaded on Spotify every month. A good fraction of the world’s music comes from such stars. Therefore, some good tracks can fly under your radar. Are you stuck listening to the same playlist? Here are some of the youngest female Canadian acts to look out for in 2020. 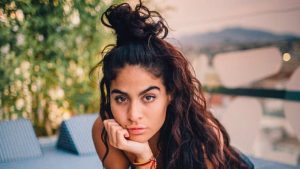 This young Toronto native is yet to release her album, but her singles are climbing up the charts. Here songs are emotive and relevant to many societal issues. For instance, her single “Far Away” bravely confronts right-wing policies and politics on immigration. This Colombian-Canadian songstress has also scored co-signs from notable acts like Kehlani and Calvin Harris. Her debut LP “Before Love Came to Kill Us” will be released this March.

Vancouver native Genesis Mohanraj, aka Tommy Genesis, is a beast in the booth. She can sing and rap so well that she has worked with industry heavyweights like Charlie XCX and Abra. Her lawless style is described as “Fetish Rap,” and it’s taking the industry by storm. Rihanna even handpicked this beauty to be the brand ambassador for Fenty Beauty, Rihanna’s makeup brand.

This singer-songwriter put in a lot of work in 2019. Her Tamale EP was self-produced, and she wrote all the lyrics. Her sultry EP solidified her place in the heart of every R&B lover. Expect even greater things from Daniela in 2020 and in the years to come.

Loud, thumping, bass-heavy, and genre-bending are the only ways to describe Bambii’s DJ sets. She’s hit every dance hall from Bangkok to Calgary. Back home in Toronto, she’s a voice for all queer people of colour and a leader in Caribbean/electro music DJing. She took a break from her decks in 2020 to release her debut single “Nitevision.” Bambii plans to release even more music this year. Watch out!