Canada’s rock scene has produced some of the best acts in the world. Each year fans are treated not only to world-class performances, but also expect hot album releases. This year fans can expect a rock album launch every month.

This year we should expect many new acts as well as some surprise comebacks. One of these includes big names like Alanis Morissette after one of the most extended hiatus in rock history. Here are some of Canada most anticipated rock albums in 2020:

Alanis Morissette: Such Pretty Forks on the Road 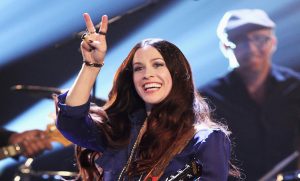 This year Alanis celebrates the 25th anniversary of her best album “jagged little pill.” You can help her celebrate by playing your favourite games on an online casino on your smartphone. The Canadian rock icon has chosen to do so with a new album release that features tracks you’ve never heard before. This launch comes at a good time too. It’s also been eight years since she hit the studio.

Destroyer: Have We Met

Fans were excited when Destroyer announced their next album would have a Y2K theme. However, that idea was scrapped for something more exciting. Have we met is a new concept album made from a mash of old recordings and new ones. It’s something fresh and worth trying out.

Even after 35 years in the game, Annihilator won’t stop making records. Ballistic, Sadistic makes this their 17th studio album. They have dug back to their technical and angry roots for this album. There’s no doubt that their original fan base will resonate with this album and get the younger crowd nodding along as well.

Basia Bulat: Are You in Love?

When Basia teams up with Jim James from “My Morning Jacket,” they produce some magic. “Are You in Love?” must have kicked up some sparks because it is straight fire! Check out “Your Girl” now to get a touch of this magic.