Prepare for a hot Canadian summer this year. It will be a scorching year if you look at the music coming out of the nation this year. There are even rumours that the big three, i.e. Justin Bieber, The Weekend and rap god Drake will have fresh releases. It’s about to get lit! Some other fan favourites with upcoming releases include dvsn, PartyNextDoor and Jessie Reyez. There’s also music from every genre, so free up some space. The list is too long. Here is a taste of the most anticipated albums from Canada in 2020. 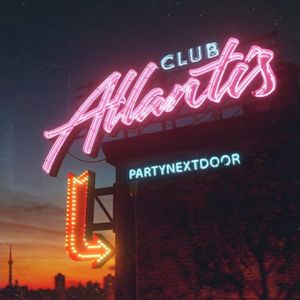 PartyNextDoor is one of the heavyweights in Drakes OVO production house. This producer turned chart-topping singer busted into the scene with “Not Nice,” club banger. If his upcoming release is to stay true to his style, expect anything from the dance hall, R&B and Hip-Hop fusions.

Claire Boucher, aka Grimes, has had a busy few months. She’s expecting a baby but still had time to hit the studio to produce some new tracks. Her new concept album Miss Anthropocene is already out so you can get it on iTunes.

Her music can be described as off-kilter, trippy and straight-up infectious. So infectious that it has earned her co-sign with American heavyweights like Halsey and even Katy Perry. Her latest offering is true to her identity. It was inspired by a documentary on heroin from HBO. So, expect weird vibes and dark undertones.

This Toronto-based electronica collective released their fifth studio album earlier this year. If you love to play lush dance music, you should get Deleter and turn it up. This release has come through with rave reviews. Some pundits have even compared it to Daft Punk’s monumental album Discovery. That’s quite a huge accomplishment. The only way you can tell is if you get a copy and judge for yourself.