Ice hockey, bacon, petroleum products, and maple syrup are the first things that pop to your mind when you think of Canada. This is even though the nation’s hip-hop scene has been alive since the ’80s. A few underground acts like K-os and Kardinal Offishall lent the industry some credibility. However, no other hip-hop artist was able to stay on the mainstream before Drake. Since Drake, the world has taken Canadian hip-hop seriously. Here are a few of Canada’s fastest rising rap stars. 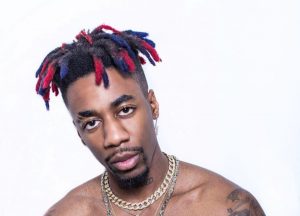 Towards the end of 2019, Dax managed to hit over 1.8 million subscribers on his YouTube channel. This is an impressive feat, especially for an Ottawa based rapper. Dax put in a lot of work with consistent uploads of singles and quality music videos. This effort saw his content gaining over 68 million streams on Spotify and a tour of North America. His prowess has seen him collaborate with notable acts, such as Hopsin and OT Genisis. Dax was even inducted into XXL’s Freshman list, so we should expect more from him in 2020.

Jay Whiss is part of The Prime Boys, one of Toronto’s hottest rap groups. However, he plans to use his upcoming debut album to solidify his place as this year’s breakthrough artist. His latest single “Velvet” was produced by Murda Beatz and featured a verse drop from Puffy L’z. His first EP, “Dark Clouds,” was influenced by the loss of his two best friends. The bars are authentic and hard-hitting, talking about gun violence and the tragedy that follows. Expect even more from this rapper in the coming months.

Houdini was very busy in 2019. He scored over 19 million streams on Spotify. He is a master of self-promotion and has managed to dominate Toronto’s rap scene without a major label behind him. The music talks about the highs and lows of grinding in the 6ix.